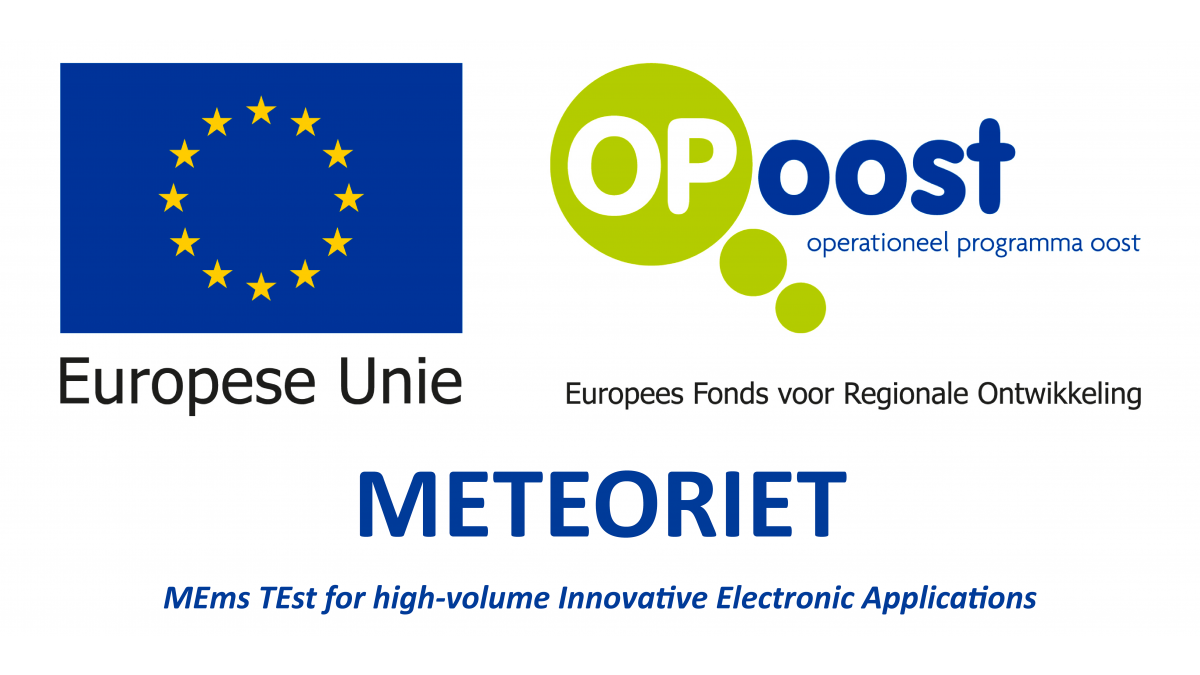 In the coming years, project METEORIET (MEms TEst for high-volume Innovative Electronic Applications) will realize a new test method for testing so-called MEMS (Micro-ElectroMechanical Systems) chips. MEMS chips differ from electronic chips in the fact that they are integrated with a mechanical, fluidic or acoustic element. These types of chips can, for example, measure movements, generate and manipulate sound and analyse liquids. Just like “ordinary” electronic chips, MEMS chips also need to be tested for functionality before they are mounted in their final package. However, this testing is more complex for MEMS than for ordinary chips, which is why normally MEMS are only tested after they have been assembled. As a result, it often happens that defective MEMS chips are assembled after which they have to be discarded. Also, MEMS testing often requires expensive and special ”stimulation – equipment”.

To reduce this waste and to test MEMS chips in a much easier way, Salland Engineering (Zwolle) has formed a consortium with Bronkhorst High-Tech (Ruurlo), University of Twente (Enschede), Saxion Universities of Applied Sciences (Enschede) and Maser Engineering (Enschede). The project partners will work closely together to develop an effective test method for these MEMS chips and to model the tests. This will allow MEMS products to be marketed much cheaper and thus more products will become available that make use of these versatile chips. By developing this test procedure, (Eastern) Netherlands will further strengthen its position in the chip testing world.

“By developing this unique MEMS testing instrument we can automate MEMS testing on an industrial scale. It is a fantastic catalyst for intensifying the High-Tech ecosystem in the Eastern Netherlands region. This allows us to position our region as the MEMS Test Valley of the world. We already see international interest in the technology to be developed.”

Parties expect to tap into an attractive growth market with the MEMS test instrument that is to be developed, in which more than 45 new jobs can be created in the next 5 to 10 years. The total eligible costs for the METEORIET project amount to € 2,246,891.26, of which the total subsidy amounts to € 932,222.26. The project has already started and will end mid-2022.