Economical way to add Analog Channels to your Teradyne™ FLEX

HDACTO is targeted to markets that require a large number of analog channels. Salland has developed HDACTO to be pin compatible with Teradyne™ BBAC while delivering much higher channel density.

HDACTO is certified under Teradyne’s OpenFLEX™ program and is fully compatible with FLEX™ testers at both the hardware and software levels. Since no multiplexing relays are needed, the complexity of your device interface boards (DIB) will be reduced, saving you additional money. HDACTO's modular design makes it a highly scalable solution. The result is lower cost of test on your existing fleet of testers.
up to 64 source channels

up to 64 capture channels

up to 72 PPMU channels
255 different configurations 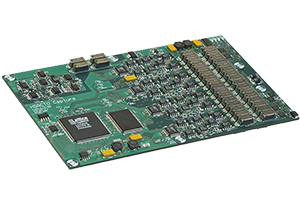 There are 4 independent waveform digitizers each with buffered outputs. This enables the user to have 4 differential channels or 8 single-ended channels (4 at the same time) per module. Capture module specs are: 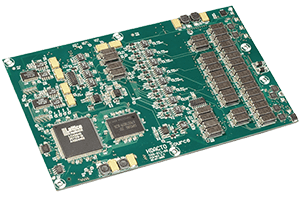 There are 2 independent waveform generators. This enables the user to have 4 differential channels or 8 single-ended channels per module. Source module specs are:

HDACTO is ideal for the following applications:

If a module is not used in capture and/or source mode, you have 9 PPMU channels available. With a fully equipped HDACTO board you will get 72 PPMU channels in total.